Sherpack provides warehousing and fulfillment solutions to fit each customer’s individual needs. We understand that each business’s needs differs significantly. It is our goal to make sure we meet each of o 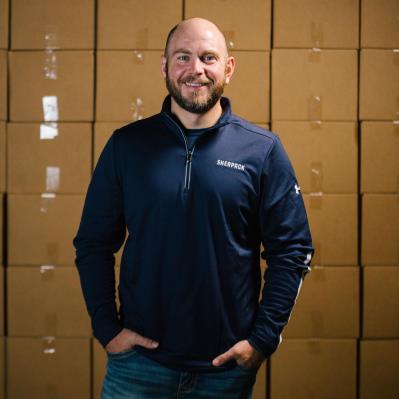 Kurt Rewa is a co-founder of Sherpack. He grew up in the West Michigan area, doing undergraduate work at Calvin College before graduating from the University of Phoenix. Kurt helped build several successful companies in the real estate and shipping industries before he and his brother Kris began to lay the foundations for Sherpack in 2015. Kurt’s role within the company focuses mostly on client relations and vision casting. He is proud that Sherpack has been able to create a community environment by focusing on honest interpersonal connections and fostering a sense of personal ownership with both clients and employees. When he’s not in the office you can find Kurt spending time with his wife and three beautiful children. He enjoys hunting, golfing, visiting local breweries, driving his truck, and watching his boys play soccer and football.